Unfortunately, whilst I and many of us had hoped that the UK tourism industry would have two or three golden years ahead of itself after the trials and tribulations of the pandemic, I fear that it's going to be an incredibly difficult few years going forward with a perfect storm of challenges and issues that are going to massively hamper our already fragile industries recovery.

Here a number of reasons why this is going to be the case.

International travel is not going to recover as quickly as we had hoped and there are a number of factors feeding into this.

Furthermore, the costs of travel have increased, with petrol prices going up for anybody that wants to travel on Euro tunnel or on a ferry.

But in the wisdom of Brexit, we had already planned for a reduction in European visitors, so whilst this might seem a bit of an issue, it’s certainly manageable - that is of course, if the markets we had thought would visit, will actually visit.

One of the planned target international audiences for the UK over the coming years is American tourists, however as has been historically shown, during tikes of War, Americans are less inclined to travel internationally.

Not only is there a war going on, but it's a war in ‘Europe’ and many Americans will use this as a reason not to visit now and delay for when this isn’t the case.

Historically, reported cases in China have been very low compared to the eye watering statistics from here in the UK. And China's zero tolerance response meant that any cases were met with swift restrictions and lock downs.

However cases are now increasing, being met with all kinds of strategies including hamster culls in Hong Kong, restrictions on meetings of groups of people, and so on.

Quarantine for international travel in China is currently 3 weeks and therefore it is clear the Chinese aren't going to be travelling to the UK anytime soon.

Furthermore, I imagine a ‘war in Europe’ isn't going to inspire confidence on this side of the world either, therefore there will be greater than normal reticence to visit Europe.

In conclusion our inbound tourism is going to have a very tough time this year and I see these difficulties continuing for another 2-3 years. Unfortunately, our international travel is not going to rebound as fast as it could have with just the pandemic, because of a multitude of these other factors.

What can we do then? Well, like last year, could our potential salvation come from our own domestic audiences this year?

Don’t count on it.

I believe domestic audiences are going to be travelling abroad in search of sun and difference. Now there are a myriad of travel companies already talking about how their Summer and Easter bookings are close to or at the same levels as before pandemic.

I have actually just returned from a lovely week in Spain where it was nice and hot and sunny and I avoided storm Franklin which was nice.

But my point is Brits are ultimately going to want to go abroad this year because we've not really had the comfort or security to go en mass over the last two or three years. This is probably the first year where we will truly feel that we’re in a ‘post-pandemic’ travel situation.  Restrictions here in the UK have reduced and therefore I believe that UK travellers are going to be jetting off and heading to sunnier climes for their trips this year.

Another thing to add is that again, because of the cost of petrol (now about £1,50 per litre) and the rate of inflation and general increased costs, the fact of the matter is that our pounds will go further in Europe.

It is cheaper to go and visit European destinations it is cheaper to go to our country or Barcelona than it is to head off to Cornwall. And this again, is going to play into a reduction in tourism numbers for the UK this year.

It's a pretty bleak picture to be candid with you. And it's going to be really difficult two or three years ahead now. So what on earth can we do about it? Bear with us, we’re thinking and we’re going to come back to you with solutions to overcome these obstacles.

Tune in to part two 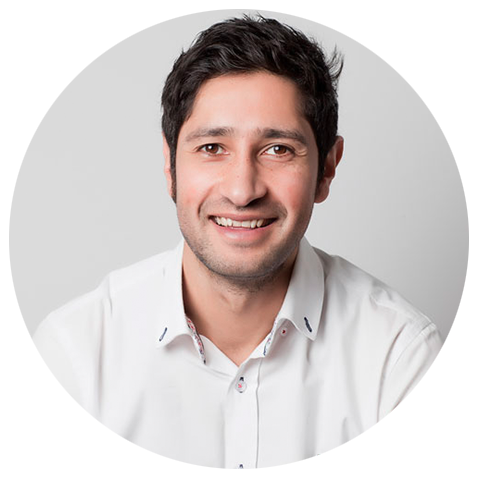 Anthony Rawlins is the Founder and CEO of Digital Visitor with over 15 years experience in crafting successful marketing strategies for the travel and tourism businesses. He has worked with leading organisations in every part of the industry including airlines, cruiselines, global hotel chains, destinations and attractions. Regarded as a visionary by many industry leaders, through his scientific background, data interpretation expertise and proclivity for creativity, he has a proven track record in accurately predicting future trends. Combined with expansive industry knowledge and pragmatic and commercial mindset he’s has been able to effectively translate these trends into actional strategies and tactics for Digital Visitor’s clients.

Email us to get started.